Joinesty.com is a social networking platform in which members are able to store their online account passwords, communicate with others, including recommendations and referrals to membership sites and programs, plus discovery, based on a logarithm baked into the site.

Execute a clear hierarchy of web content based on UX research. This included ways to find deals and share brand insights for online retailers, like Netflix and Amazon.com. 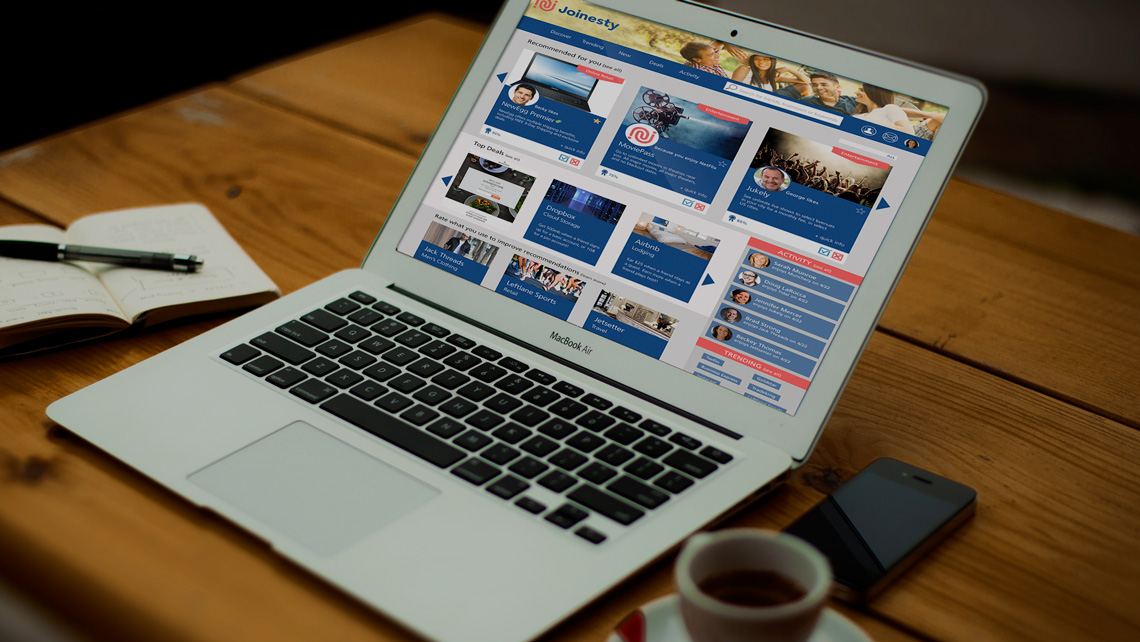 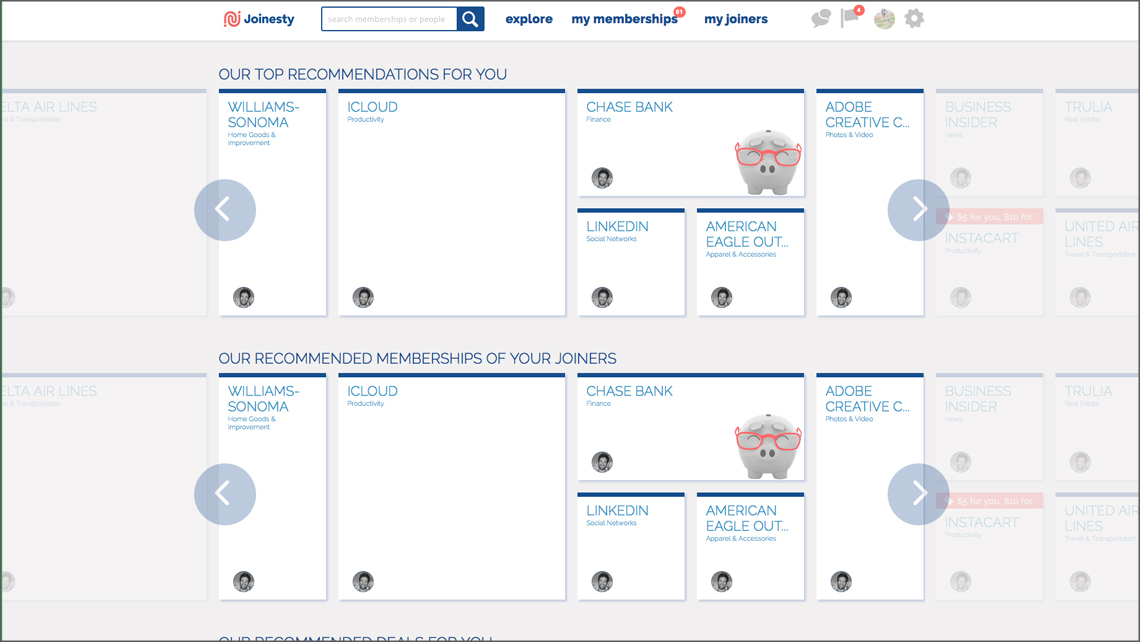 Research team reviewed existing Joinesty.com beta site and found that the user experience was not well thought out and confusing.

After talking to the founders of the site and reviewing other online deal sites, UX research concluded that Joinesty.com needed a clear hierarchy of web content in order to find deals and share insights to brands that their members are enrolled at.

UX researchers built wire frames based on their conclusions: users would have a better experience if they could rate their online memberships and share them within their Joinesty community. 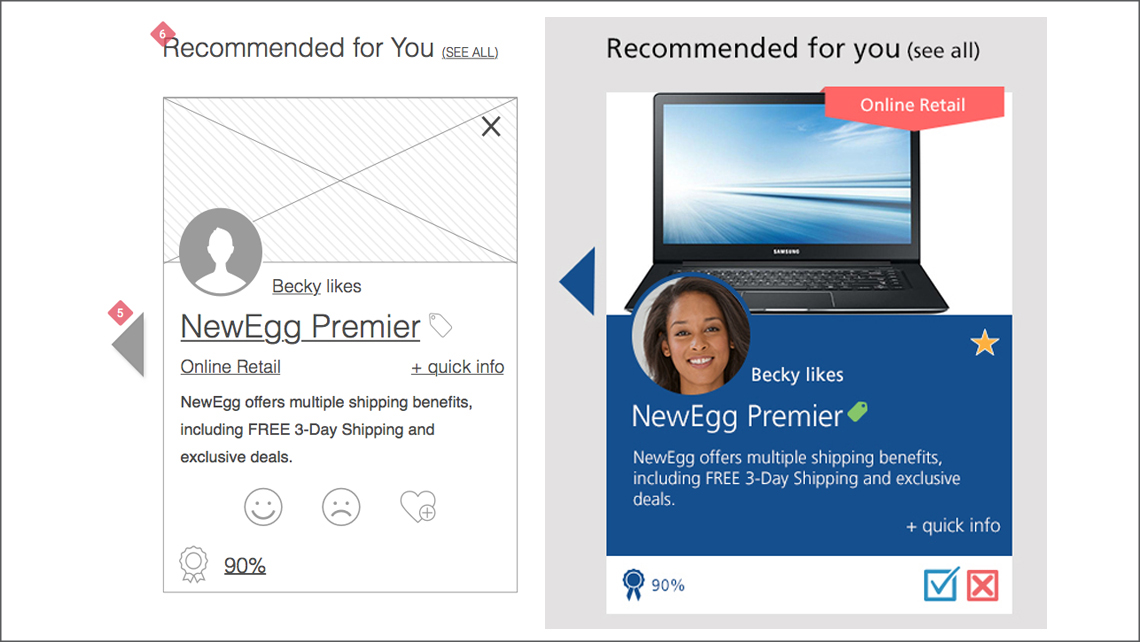 The initial challenge was to create a profile card for the business, in this case, New Egg Premiere. I designed the profile card to be visually interesting while communicating key details including type of business if there is a deal, and easier to read icons for like and dislike rating.

Once the business profile card was created, I began laying out the web site with the visual hierarchy in mind. 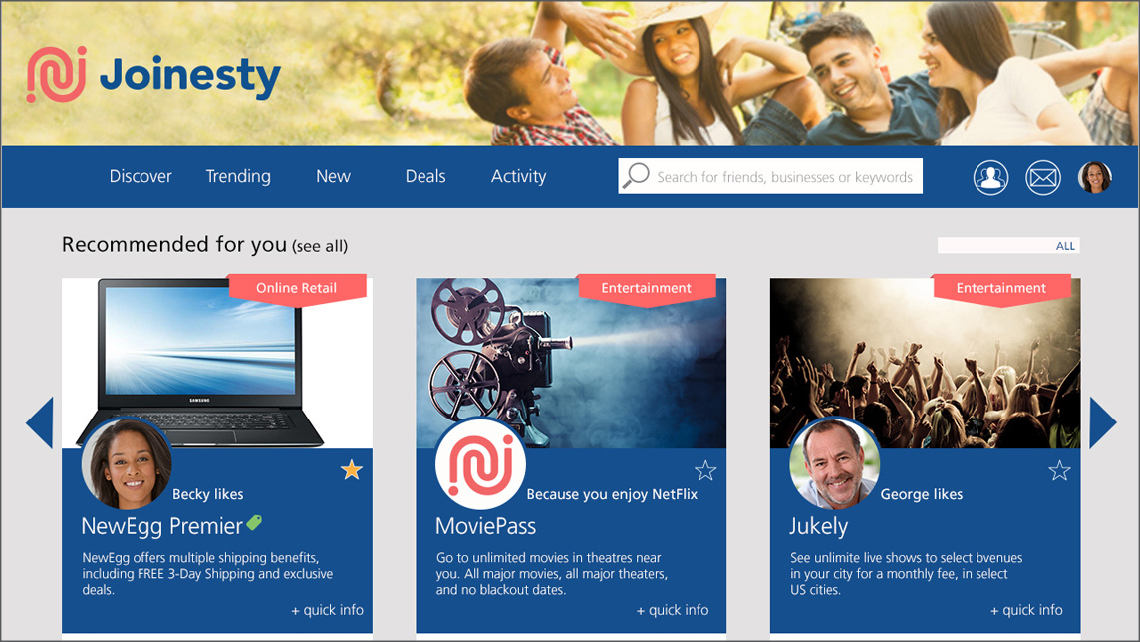 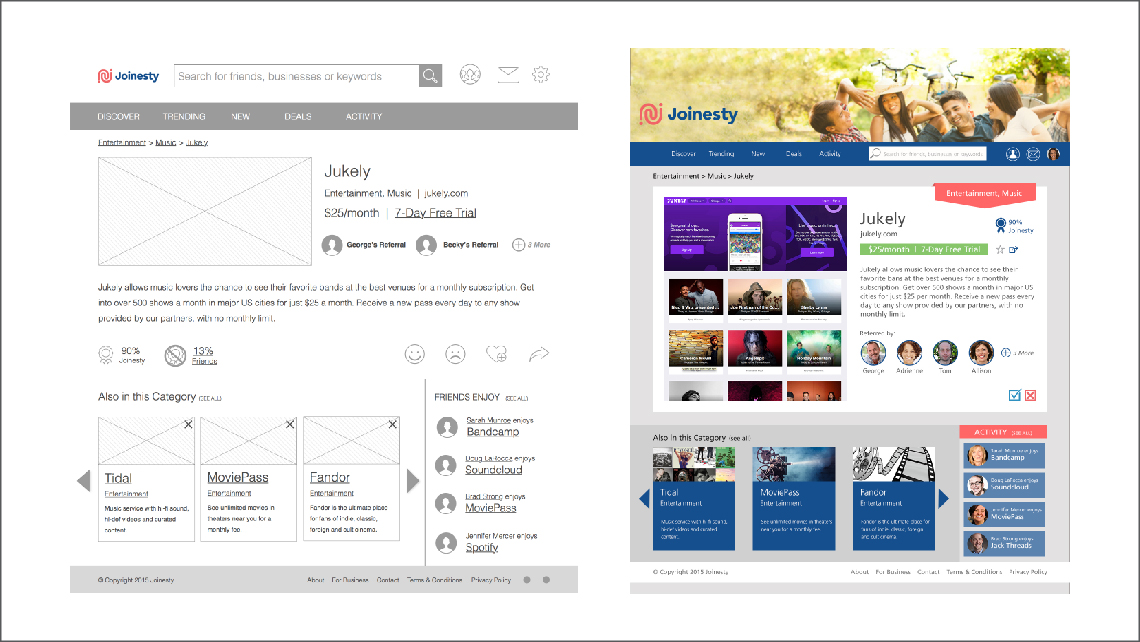 When a user clicked on a product, in this case Jukely, they were taken to Jukely's page where they could review current deals, read friend's reviews as well as see a screen capture of Jukely's site.

Joinesty.com CEO, Robert Yoskowitz, was pleased with the outcome of the project. Robert has asked DESIGNATION Labs to execute development based our research and design.